The Choice of Champions

An innovative tool that will carry your team all the way to the top.

What do you get?

A unique advantage over the competition

More details
• a unique software based on mathematical-statistical methods

More details
• eliminating the risk of choosing the wrong player based on emotions or on one outstanding performance
• in the long-term SmartVolley cannot be fooled.

SmartVolley software came into being because of enthusiasm for volleyball and the need to do things differently – in a new, professional and revolutionary way. Essentially, we taught AI to understand volleyball. “We originally developed SmartVolley for the Czech volleyball club Lvi Praha. Why this club? I am the owner and main sponsor and I want to help my team reach the highest goals possible within a limited budget. At the same time, I want to enable other ambitious teams to reap the benefits of SmartVolley AI. I would be thrilled if we managed to create a strong international community of first-rate volleyball clubs that share an enthusiasm for the sport, that want to win and whose representatives would like to work together,” says Tomáš Janeček, the president of the Lvi Praha volleyball club and an ex-player himself. 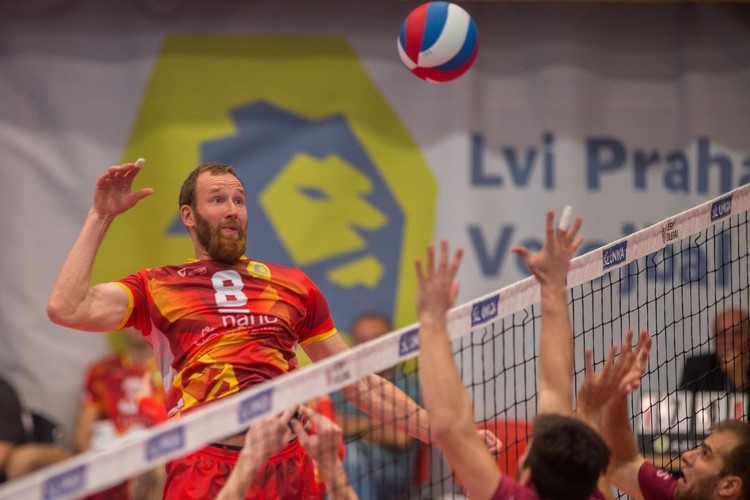 The Lvi Praha club have set a goal for themselves to win the Czech league even with a limited budget. In November 2018 the club had the data but no way to analyse it. They needed someone to help them choose the players for the next season. “Tomáš and I connected through the Czech volleyball community and in two months we came up with the first simulation model. We refined it – mathematics and developer-wise – and implemented it in full for the purchase of players for the 2020/2021 season. From the very beginning we could see there was a lot of potential in this project and that is why the company SmartVolley was founded,” says Vojtěch Herrmann, data scientist and co-owner of SmartVolley.

Tomáš Janeček is a businessman, investor and visionary who likes synergy and connecting projects. He was one of the original partners of RSJ, a company that developed software for trading on international financial derivatives markets. The group manages a wide spectrum of investments which includes real estate, insurance, agriculture, energetics and biotechnology.

Tomáš is also a partner in Nano Energies, a company optimizing energy production and use with the help of modern technologies. SmartVolley was built upon Nano Energies’ expertise in mathematics, IT and technology.

“There is no field which could not be improved by mathematics.”

Vojtěch is a graduate of the Faculty of Mathematics and Physics at Charles University in Prague and has over 5 years of experience in banking, insurance, retail, pharmaceuticals and sports betting. In addition to managing SmartVolley he is working on two projects dealing with specialized mathematics in Russia and Malaysia.

In his bachelor thesis he statistically analysed to what extent football referees are influenced by social pressures and whether they tend to show favoritism towards the home team or the favored team. During his studies he started playing volleyball which he has grown to be as passionate about as he is about mathematics. In 2018, he developed the first version of the simulation volleyball model upon which he and Tomáš Janeček built SmartVolley.

“It is kind of fun to do the impossible.”
Walt Disney

Barbora is a student of the Faculty of Informatics and Statistics at the University of Economics, Prague. She manages data processing and further model development at SmartVolley. She has been actively playing volleyball for thirteen years. At the moment she plays for the University sports club of the Faculty of Mathematics and Physics at Charles University. It was contacts with mathematicians and physicists that led to her dream job which connected the passion of her life to her field of choice.

Karel comes originally from Liberec; he went to grammar school in Český Krumlov and then to Metropolitan University Prague where he studied International Trade. He has been working in IT for more than fifteen years; first he tested apps and he later became a programmer for Mercer and Avast. He now works as a team leader and programmer at Nano Energies Trade.

His passion lies in badminton, in which he has been competing for over 20 years. He loves spending time with his family, coding, football, table tennis, tennis and volleyball.

Karel was introduced to SmartVolley two years ago by Tomáš Janeček, the co-owner of Nano Energies. He became excited by SmartVolley not only because of its uniqueness but also because of the opportunity to work with top notch professionals.

“He who wants looks for a way; he who doesn’t looks for an excuse.“
Jan Werich

“Perfectionism is the enemy of perfectly adequate solutions.”

Jan is a graduate of the Faculty of Mathematics and Physics at Charles University (Econometrics) and of the Faculty of Informatics and Statistics at the University of Economics. He is a consultant and codes mathematical concepts concerning energetics, financial markets, cryptocurrencies, image recognition and sports models. He has been working with SmartVolley since 2018.

Jan considers formal authority to be a hurdle in creative cooperation and likes open-ended activities which SmartVolley offers an abundance of.

“If it were easy, everyone would do it.”

Martin holds a master’s degree in Information Systems from Ostrava and after a short stint there he moved to Prague.  He began working for the then-small company Avast and spent over 10 years helping it grow. Afterwards he was taken on by another Czech start-up, Nano Energies, which has the potential to change the energetics market towards better use of sustainable sources.

The SmartVolley project is another milestone towards utilizing information technology, this time in the world of sports.

Miroslav studied Engineering Management and Logistics at the Slovak University of Technology in Bratislava. He worked as an analyst and developer in companies such as Avast, ČKD and Rossman. He now works as a development team leader in the company Nano Energies. In the last few years his attention has been taken up by readily available and scalable custom-made backend systems and frontend software. His work is his hobby and his free time is spent experimenting with new technologies. Apart from IT technologies he is passionate about basketball, power walking and cycling. He likes good food.

Miroslav was approached by a colleague who introduced him to SmartVolley. An analytic approach to sports and sports results is something that he has never considered before; he appreciates working on the SmartVolley software very much.

“SmartVolley is a unique tool which transforms factual volleyball statistics into a dynamic organism. I have been involved in the creative team from the very beginning to the final stages of development and, in all honesty, the marriage of the volleyball world with the world of mathematicians and developers is simply perfect. The result is a completely objective and complex rating of players and aspects of play. SmartVolley is an immense asset for the Lvi Praha volleyball club when we are choosing players for our team. In a split second we have information about all players in the Czech volleyball league as well as in other European leagues; we know their current form as well as their long-term performance. In addition, we can compare the team with the individual player, and this tells us what we need to work on. SmartVolley strips our players bare, so to speak, and never compares apples with oranges.”
Tomáš PomrSporting director of VK Lvi Praha 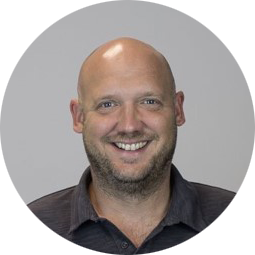